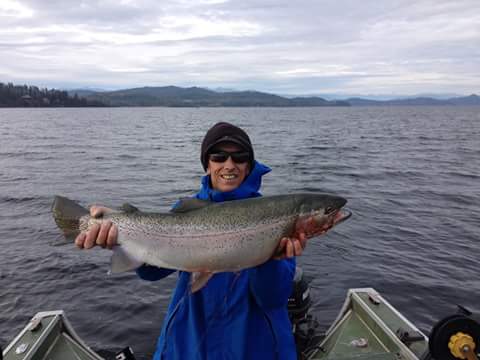 Got a fishing story; maybe about the big one that got away or didn’t; or a video you would like to share. We would love to see it here. Scroll down⏬to view more posts/articles. 🌲🐟🐻

One of many Gods beautiful amazing creations.

A November morning during hunting season, we got up my spouse and I, and put on our winter cloths. We wanted to make it to the hunting site by the crack of day light. We loaded up our guns. I had a modified 300 Savage rifle. The stock was cut off just right to fit my arm. It had a recoil pad on the butt of the rifle. A nice Leupold scope, and a strap attached. This was one of my favorite rifles.

We drove up towards the mountains to the woods and parked our vehicle. We got out and proceeded to walk a little ways down to an old logging road. As we kept walking, the road inclined and we started to get into some clear cuts and we were able to view other mountain ridges near us. It was beatiful. As we climbed in elevation, the air was getting thinner and it felt colder. I remember the tips of my toes, fingers and ears being cold even though I dressed warm.

When we would go hunting, it would usually be an all day event unless we got lucky and we’re able to get something right away. I had a new sense of appreciation after spending all day out hunting. After walking all day, hiking up hills, down trails, hungry,cold, and tired. It felt like heaven to finally get home and warm up, and enjoying some homemade fried potatoes with onions and deer steak.

Although, we did not Champion that day on getting a deer,”settled for tag soup” we definitely saw some wild life and it was an adventure I will always remember. We saw a black Bear and her two cubs (a sow) going up the Mountain Ridge near us.

However, the most unique wild animal we saw that day was a Cougar.We were walking up the logging road, walking upwards, and came upon a big Cougar. It was only about 10 to 15 yards away from us, if that, it was very close. We froze looking into the eyes of this big Cougar Cat. As it was looking at us as well. I noticed a tracking device around his neck, so this Cat was caught before by the Game and Wildlife organization. We had a good look at this beatiful Cougar Cat. The Cougar ended up turning and fleeing from us. We had our guns thank God, just in case. In the Northwest especially walking in the woods you should always be prepared. You never know what wildlife you’ll run into, or how these wild animals will react. I am glad we did not have to shoot it protecting ourselves. Close up I could not believe how large these animals are, just like Elk seeing them close up. This Cougar Cat was big,huge.

Be territorial and put up a fight

Nevermind about others as long as your set up just right

Be territorial and put up that fight

Take and don’t be taken by others

How much is it worth , how far will you go to just take that territory that has not been rightfully yours.

Will you kill, will you steal to just have it all yours. Just because it contains gold.

You don’t like my home, so you just want to make it your own.

No comprimises,  no surprises, but  plenty of despises.

Live in BonneyLake, Wa View all posts by JL 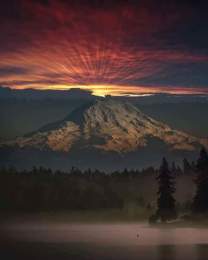